The US Fish and Wildlife Service (USFWS) has announced the release of the Birds of Conservation Concern (BCC) report. The BCC list relies heavily on the Avian Conservation Assessment Database (ACAD) to help guide the conservation status of species, and ACAD would not have been possible without the dedicated work of the Partners in Flight network. Many thanks to those in the Partners in Flight network who worked on the ACAD and the BCC, ensuring linkages between the BCC list and PIF objectives. Here are more details from the USFWS regarding his new BCC Report. 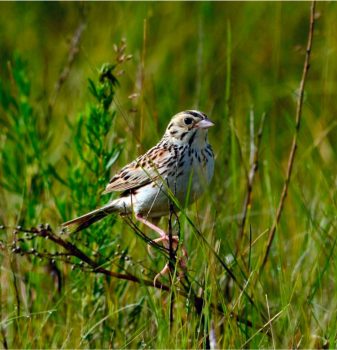 In the U.S. Fish and Wildlife Service’s continuing proactive efforts to protect migratory birds, we are releasing the Birds of Conservation Concern 2021 (BCC 2021). This report will be used for cooperative research, monitoring, and management actions that can directly or indirectly affect migratory birds with the help of international, federal, state, Tribal, and private partners.

The publication includes 269 bird species protected under the Migratory Bird Treaty Act the Service considers to be of conservation concern. It will help focus conservation attention on bird species well in advance of a possible or plausible need to consider them for listing under the Endangered Species Act (ESA).

On the heels of a 2019 study in Science documenting a loss of 3 billion birds since 1970, this report reaffirms the need to take strong action to help birds recover.

As with all our work, we are grateful to the contributions of partners who helped make this report possible.

The report and additional information is posted online at https://www.fws.gov/sites/default/files/documents/birds-of-conservation-concern-2021.pdf