Through the Partners in Flight (PIF) Awards, PIF has been recognizing outstanding individuals and groups for their exceptional contributions to the field of landbird conservation since 1996. PIF Awards are given in the categories of Leadership, Investigations, Public Awareness, Stewardship, and the David N. Pashley Lifetime Achievement Award.

We are pleased to announce the seven 2019 PIF Award winners, who were recognized at the seventh North American Ornithological Conference (NAOC VII) on August 14, 2020, during PIF’s 30th anniversary. Although the NAOC VII was unable to be held in Puerto Rico due to the COVID-19 pandemic, its going virtual allowed attendance by over 2,800 participants from 67 countries, a wonderful audience for our deserving awardees. 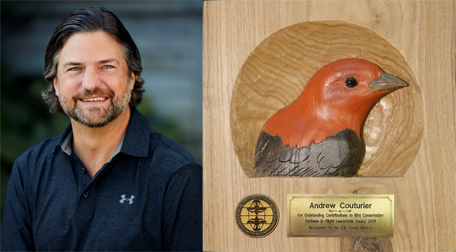 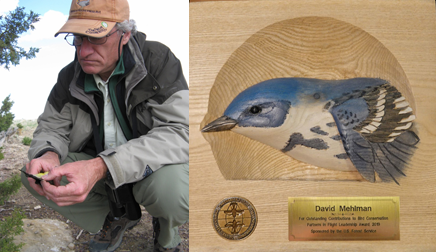 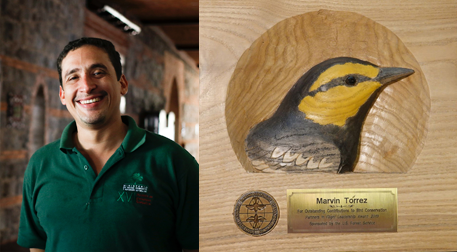 SARAHY CONTRERAS, Mexico, a professor and researcher at the University of Guadalajara-CUCSUR, has been selected to receive an Individual PIF Investigations Award.  Her work and accomplishments have spanned the past 25 years, and she was among the Mexican biologists who were involved in the early days of U.S./Mexico collaborations to study the non-breeding sites of migratory birds, as a student of Eduardo Santana’s.  The results of her projects have been applied to the conservation, management, and restoration of bird habitats in subtropical temperate mountain forests, especially for hummingbirds and passerines in western Mexico.  She’s a firm believer in the value of education and outreach, and a natural partner. 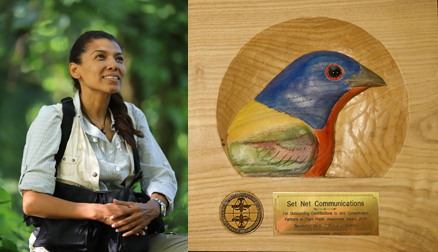 SET NET COMMUNICATIONS, Nicaragua (Adelayda Rivas Sotelo, Director), has been selected to receive a Group PIF Public Awareness Award for their effective use of communication and social outreach to help promote biodiversity and environmental conservation, training, and empowerment of less advantaged Hispanic woman.  The efforts of Adelayda and her media company, including to support sustainable populations and wise stewardship of migratory birds, are far reaching throughout Central America and the Caribbean.  In Nicaragua, Set Net Communications has provided media coverage for a U.S. Forest Service and local NGO long-term biodiversity study of migratory and resident birds.