From 2014 to 2016, representatives from government agencies, universities, and conservation organizations in every Central American country participated in a series of three workshops to assess the conservation vulnerability of nearly 1,200 bird species. Using the same species assessment process as PIF used in the U.S. and Canada, experts ranked the vulnerability of each species based on their distribution, estimated population size, threats, and population trend. The resulting scores are incorporated in the Avian Conservation Assessment Database. Because long-term data on Central American bird populations doesn’t exist, the assessment relied heavily on expert knowledge and published accounts of species status, changes in habitat availability, and regional threats, as well as rapidly accumulating observations in eBird. 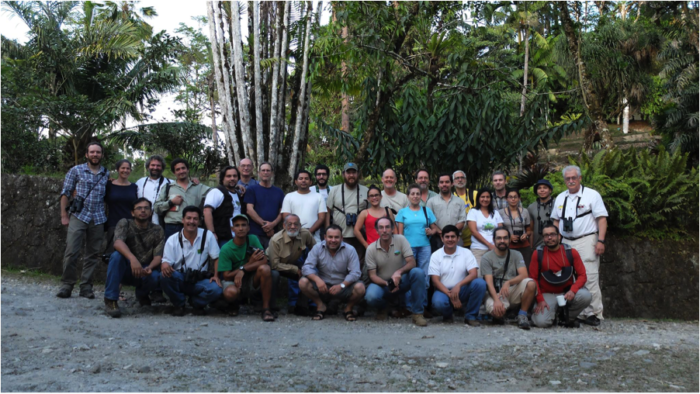 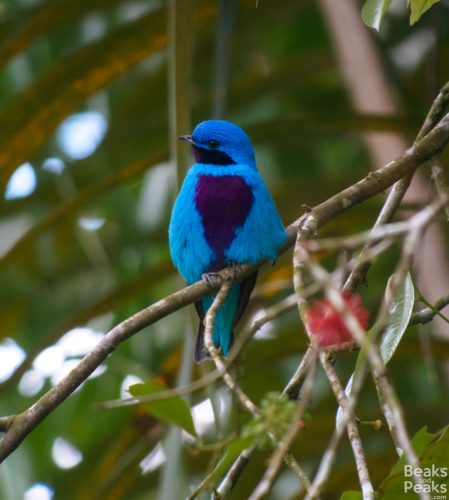 Lovely Cotinga is a species endemic to Central America that is highly threatened by the loss of lowland tropical forest. © William Orellana/Macaulay Library, Cornell Lab of Ornithology.

The Central American Species Assessment concluded that more than half of Central American birds—593 species— have shown sharp declines. The population declines are associated with high rates of deforestation, agricultural expansion, and urban growth of the last four decades in Central America. Another major threat identified by the experts is the lack of legal protection and forest rangers in many natural areas of the isthmus.

“The results we generated appear to indicate that, overall, bird populations are more vulnerable in Central America compared to Mexico and North America. Of highest concern are large birds of prey, such as the Harpy Eagle, other birds of the lowland tropical forests that are being rapidly deforested, and also the birds of cloud forests that are vulnerable to the effects of climate change,” said Oliver Komar, Professor of Natural Resources at the Zamorano University in Honduras.