This year we celebrate a watershed in bird conservation: the Neotropical Migratory Bird Conservation Act (NMBCA). Building on the momentum created in the 1980’s that led to the 1990 launch of Partners in Flight, Congress passed the NMBCA in July of 2000. The goals of the NMBCA include perpetuating healthy bird populations, providing financial resources for bird conservation, and fostering international cooperation. 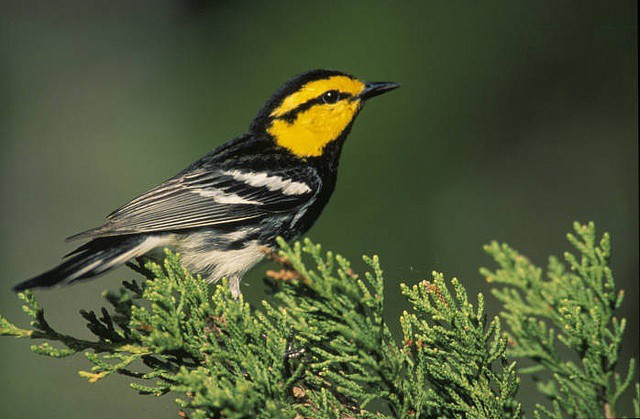 This Golden-cheeked warbler is one of nearly 400 species of neotropical migratory birds.

The impact has been incredible and has been a significant resource for Partners in Flight to help meet our objectives. Since the first projects were funded in 2002, NMBCA has provided 628 grants throughout the Western Hemisphere, totaling nearly $75 million and leveraging over $287 million in matching contributions. Projects benefit most of the 386 bird species that breed in the continental United States or Canada and spend the northern winter in Mexico, Central America, the Caribbean, or South America and many projects in these regions are linked to conservation of resident endemic species of highest priority as well. Because much of the conservation need exists south of the U.S. border, at least 75 percent of the funding supports projects outside the United States.

One of the values of the program is that it can fund an array of efforts to conserve Neotropical migratory birds and the habitats they need, including: protecting, restoring, and managing habitat; conducting law enforcement activities; providing community outreach and education; and supporting bird population research and monitoring. Usually, projects address the factors limiting populations of declining migratory bird species and have strong local community involvement. 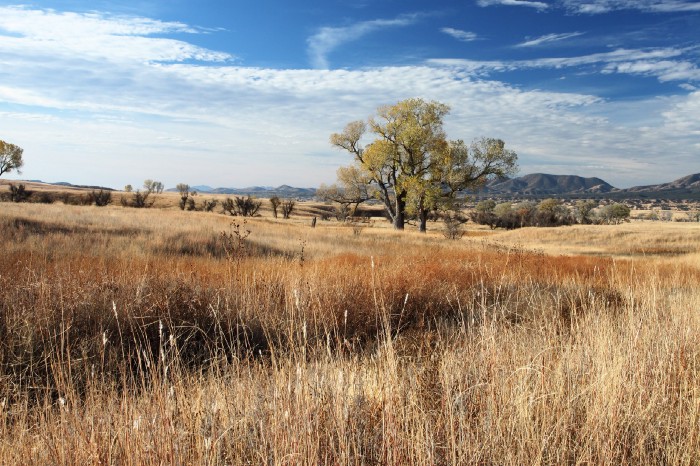 Grasslands like this one (in South America’s Southern Cone) are important wintering grounds for many bird species.

It is remarkable to think back on the impact of the program and the collaborative projects spanning the Americas that have grown in part with this funding. Specific to meeting Partners in Flight objectives, the Pine-Oak Forest Alliance, partners in multiple countries in Mesoamerica are conserving forest to benefit many species, including the golden-cheeked warbler. NMBCA funding has supported dozens of projects in Northern Mexico’s declining Chihuahuan Grasslands to preserve grasslands, help local ranchers maintain their ranches, and better understand the needs of species like Sprague’s pipits that winter there. A recent grant supports the emerging Partners in Flight Eastern Working Group with full annual cycle conservation including the Caribbean Slope and South American highlands.

Grants are awarded yearly, and the deadline for the next round of grants is November 5. At least 75 percent of the funding supports projects outside the United States. The Act requires a partner-to-grant dollar match of 3 to 1. Outside of the US and Canada, that matching contribution requirement can be met by in-kind contributions. Application instructions will be available on the NMBCA website by the beginning of September. If you have questions you can contact us at neotropical@fws.gov.

While these species have many conservation needs, we are working hard to save them for the world to enjoy for years to come. We look forward to the next round of innovative and crucial conservation projects funded in part by the NMBCA that will be integral to this success.