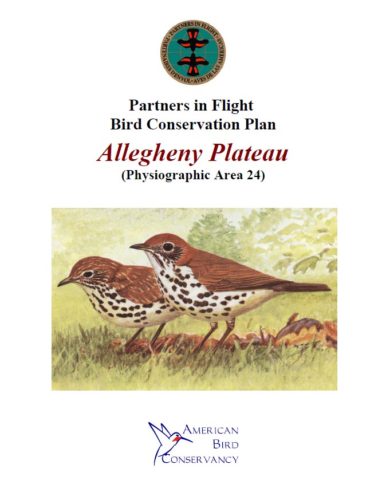 The Allegheny Plateau covers much of west-central Pennsylvania, the southern tier of New York to the base of the Adirondack Mt., and a portion of northeast Ohio. This area consists primarily of extensively forested uplands, including the Catskill Mountains in NY, Pocono Mountains in PA, and Allegheny National Forest in both states. This is a transitional area dominated by oak-hickory forests towards the south and beech-maple forests towards the north. White pine and hemlocks also are an important component of the forests, more so historically. Small but important patches of spruce-fir forest occur on the Catskill High Peaks and at a few sites in northeastern PA. Several major river valleys dissect the highlands, and the Finger Lakes of central NY drain the northern portion of the physiographic area towards Lake Ontario. Roughly 70% of this area is forested today, with agriculture dominating primarily at lower elevations in western New York, the Susquehanna River valley, and in Ohio.