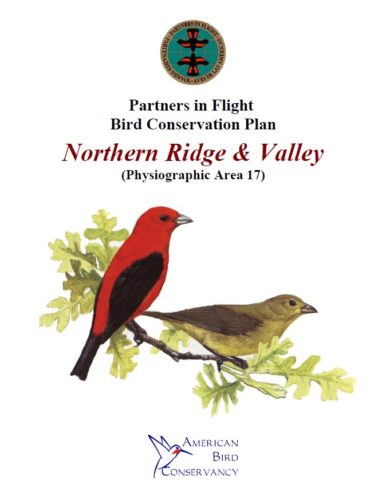 The Northern Ridge and Valley extends from southeastern Pennsylvania, through northwestern New Jersey and southeastern New York nearly to the base of the Adirondack Mts. It includes portions of several major river valleys, including the Hudson, Delaware, and Susquehanna Rivers. Ecologically, this is a transitional area, with forested ridges grading from primarily oak-hickory forests in the south to northern hardwood forests further north. Pine-oak woodlands and barrens and hemlock ravine forests are also important along ridges, whereas bottomland and riparian forests are important in the valleys, which are now largely cleared for agricultural and urban development. Roughly 55% of the physiographic area is forested today, the vast majority occurring at higher elevations. About 40% of the area is in agricultural production, primarily a mixture of dairy pastureland and corn. Over 200,000 ha is state forest land in PA and NJ; other important public lands include High Point State Park (NJ) and Wallkill National Wildlife Refuge.