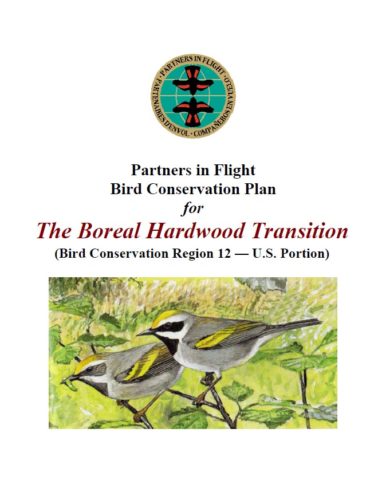 The U.S. portion of Bird Conservation Region (BCR) 12, the Boreal Hardwood Transition, extends across portions of northern Minnesota, Wisconsin, and Michigan, including the Upper Peninsula. Extensive deciduous, coniferous, and mixed forests cover the planning unit, comprising more than half its land cover. Grassland and wetland habitats also are well represented, with grassland and agricultural lands especially concentrated in the Lake Superior coastal plain and southern and western fringes of the planning unit. BCR 12 has experienced less urbanization than other regions, but several metropolitan areas do exist within its boundaries, including Duluth and Saginaw. In addition, recent years have seen a significant increase in rural and recreational home building in some counties. Despite low human population, the landscape has been influenced by the exploitation of timber and other natural resources since European settlement. These anthropogenic disturbances have resulted in conversion to farmland, loss of wetlands, forest simplification and an increased dominance of fewer tree species.