Sharing the Land with Pinyon-Juniper Birds 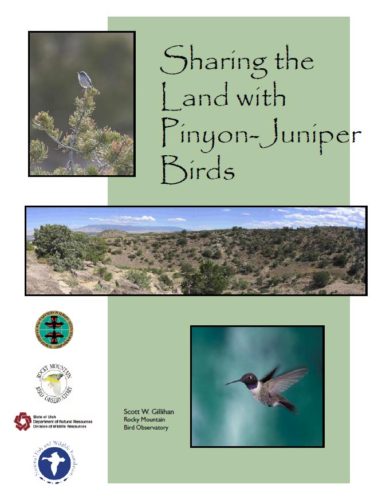 The pinyon-juniper woodland is a widespread ecosystem of the North American West. Estimates of its current extent vary widely, depending on how the habitat is defined and delineated. A recent estimate is 55.6 million acres (22.5 million ha; Mitchell and Roberts 1999). It is widely regarded that the extent of pinyon-juniper is increasing as some grasslands and shrublands are being transformed by pinyon-juniper encroachment. This expansion has been facilitated by a combination of climatic changes, fire suppression and, in some areas, overgrazing, which has removed the grassy understory that ordinarily would carry a fire. In some areas, pinyon-juniper woodlands are moving back into areas that formerly were woodlands but had been cleared in the late 1800s and early 1900s to meet the demand for pinyon-juniper wood products.

Sharing the Land with Pinyon-Juniper Birds