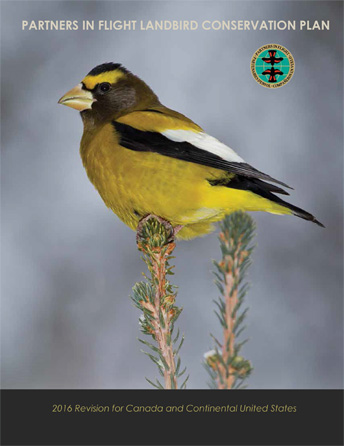 A new analysis of the population status and trends of all landbirds in the continental U.S. and Canada documents widespread declines among 450 bird species—a troubling indicator of the health of these species and their ecosystems. Nearly 20% of U.S. and Canadian landbird species are on a path towards endangerment and extinction in the absence of conservation action, according to the Partners in Flight (PIF) 2016 Landbird Conservation Plan Revision. PIF estimates that breeding landbird populations have been reduced by over a billion individuals since 1970. Among 86 Watch List species – landbirds of highest conservation concern – 22 have already lost at least half of their population in the past 40 years and are projected to lose an additional 50 percent of their current population within the next 40 years. For at least six species, this “half-life” window is fewer than 20 years.

Fortunately, the new bird conservation landscape includes unique private-public partnerships, such as Migratory Bird Joint Ventures, that stretch across the U.S., and parts of Canada and Mexico and pool together resources and leverage funding to conserve habitat for all bird species. Such partnerships can help implement cooperative strategies found within the Landbird Conservation Plan Revision to restore habitats and reverse bird population declines at the continental scale over the next decade and beyond.

“Only by investing in strong, diverse partnerships throughout the Hemisphere and in the public, private, and industrial sectors, can we effectively create a sustainable landscape for all landbirds that breed, winter, and migrate through North America,” said Robert Ford, Coordinator for Partners in Flight.