Migratory birds bring us great joy. They make spectacular migrations; bring beautiful songs and colors into our yards, parks, and wild places; and play important roles in the health of our world. 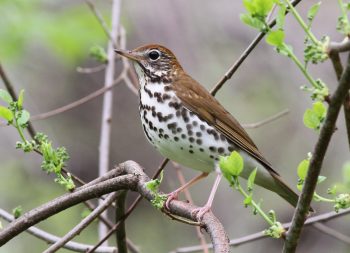 Wood Thrush is one of the Species of Greatest Conservation Need supported by the Southern Wings program.  Photo by Mike Parr.

In these unprecedented and uncertain times, the return of birds during spring migration in North America provides hope. It means more than ever to our health and happiness while we are social distancing from friends and family. Southern Wings, a partnership of U.S. state fish and wildlife agencies, is doing as much as it can to continue to support projects and partners across the Western Hemisphere.

Since 2009, Southern Wings has facilitated partnerships between 32 state fish and wildlife agencies and partners across the Western Hemisphere in 11 countries through 24 projects that impact the conservation of 81 U.S. state Species of Greatest Conservation Need. The over $2.9 million in state fish and wildlife agencies support has helped conserve, restore, or manage over 1 million acres; leveraged over $6 million in partnership funds; and planted over 800,000 native trees. To learn more, see this infographic.

Project Highlight: Conserving migratory bird species requires year-round conservation action in critical sites. Southern Wings has been a proud contributor to National Audubon Society’s and Bahama National Trust’s efforts in the Bahamas since 2013, where up to 50% of the piping plover population winters. Actions in the Bahamas are critical interventions, as the wintering grounds and migratory routes are the largest areas of population loss for piping plovers. Being able to identify the most strategic places to implement the actions was made possible by strong science and research followed by on the ground action such as the designation of the 92,000 acre Joulter Cay as a national park (more project details on our website) 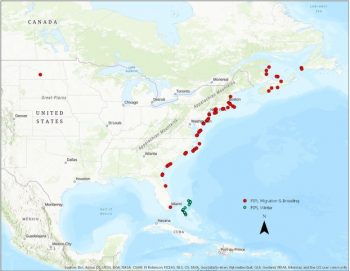 Map of the migratory pathway of a Piping Plover.

Project Highlight: Southern Wings partners with Bird Conservancy of the Rockies to help facilitate conservation of grassland bird species in the western U.S., through the protection and conservation of the Chihuahuan Desert grasslands in Mexico. States such as Montana have collaborated by investing in the breeding habitat for their Species of Greatest Conservation Need, including Baird’s Sparrow, Chestnut-collared Longspur and Sprague’s Pipit, and in the protection and improvement of wintering habitat for these same species. To date the project has enrolled 308,000 acres in the Sustainable Grazing Network since 2013, with more than 90,000 enhanced and 5,000 acres restored. Find out more in our 2019 success stories. 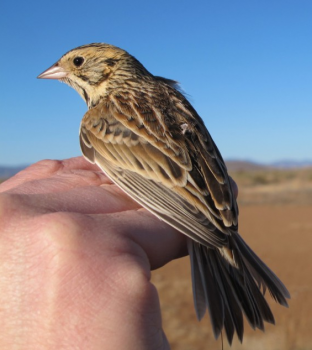 Baird’s Sparrow is one of the priority species for the Chihuahua Desert grasslands project supported by Southern Wings.  Photo by Erin Strasser.

For the latest information on 2020-2021 projects, visit our website.