The Cerulean Warbler breeds in mature and old growth deciduous forests of the eastern United States, from the extreme south of Quebec and Ontario down to Tennessee. Its distribution is not uniform throughout its range and it can be widespread in some areas and localized in others. It prefers white oaks and bitternut hickories for nesting, foraging and as singing perches. Forests where red maples and red oaks are dominant are avoided. Some important habitat features include like large tracts of deciduous forest with large trees and an uneven canopy structure.

It winters in low to medium elevation broadleaf and evergreen forests of northern South America in Venezuela, Colombia and Peru.

The Cerulean Warbler is sensitive to habitat changes and modifications. Habitat degradation in its breeding, migrating and wintering ranges over the last decades are suspected of having caused a decline of 72% since the 1970s. Its half-life is estimated at 26 years for a population of approximately 570,000 individuals. 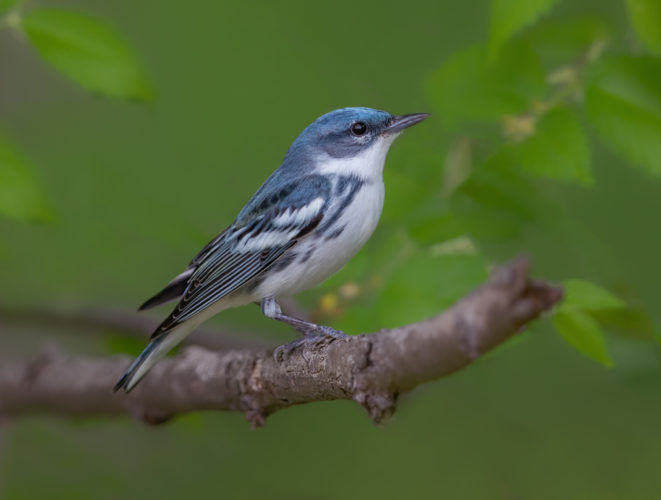 The Cerulean Warbler is a habitat specialist sensitive to habitat changes. Habitat loss throughout its range are suspected causes for its decline (-72% since the 1970s). Male in Lake Hope, Ohio. © Steve Rossi (https://www.flickr.com/photos/sspike/) 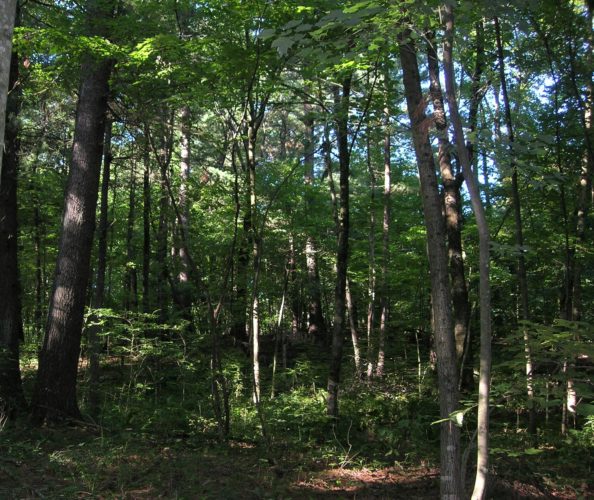 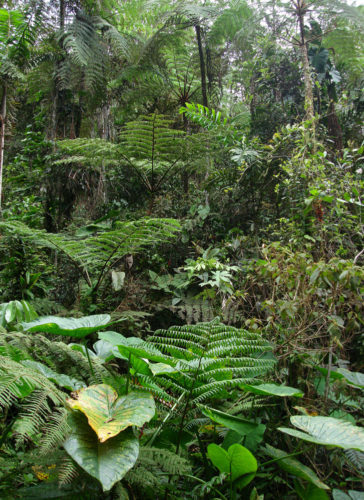