An endearing symbol of the great white north, the Snowy Owl nests around the polar region in open, rocky tundra. Although it is notoriously difficult to estimate population size and trend for this iconic species, recent data and estimates suggest that the Snowy Owl population is much smaller than previously thought and declining. It is now listed as “Vulnerable” to global extinction. We do not fully understand why this magnificent species is in decline but the impact of climate change on the Arctic food web may play a role. Mortality from collisions with vehicles and infrastructure may also have an impact.

Most North Americans only see the Snowy Owl in winter when they fly south to southern Canada and the northern U.S.A., typically choosing open habitats (with few trees) that look like their Arctic nesting grounds. In some winters, “irruptions” may bring large numbers to certain areas, sometimes well south of their usual winter range. Interestingly, recent tracking data has shown that some Snowy Owls linger in the north year-round and that they travel out onto open sea ice to hunt sea ducks at polynyas.

Christmas Bird Count (U.S.A.): Snowy Owl is one of the Arctic species monitored by citizen-science in winter 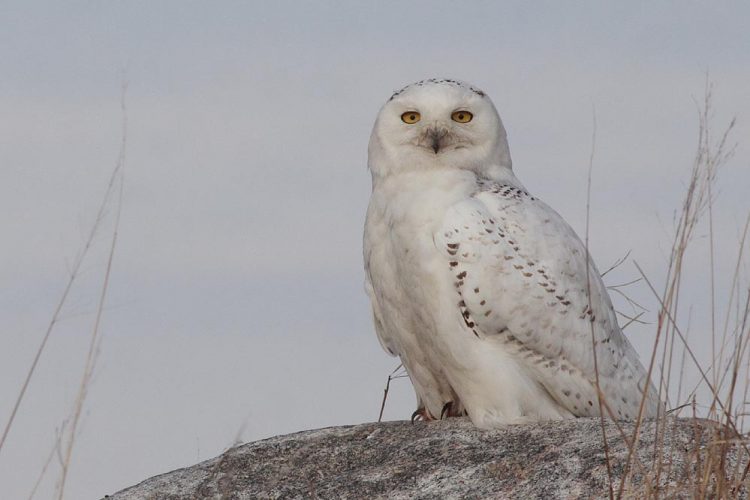 The enigmatic Snowy Owl, sometimes called the White Owl, is the heaviest owl in North America and a close relative of the Great Horned Owl. © Christian Artuso 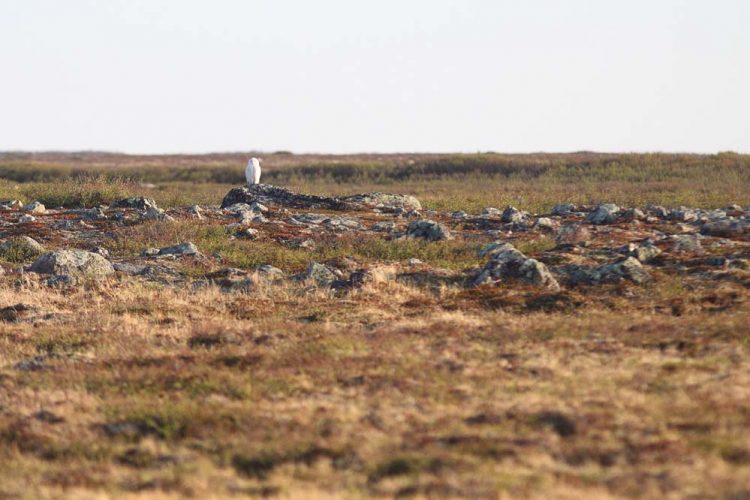 The Snowy Owl has a circumpolar distribution; nesting in Arctic tundra (can you spot the owl in this photo?). © Christian Artuso

Snowy Owls are rather nomadic and their movements are poorly understood. Recent tracking data have shown that in winter some travel out over the sea ice to polynyas, whereas others travel to open habitats in southern Canada such as shown here. © Christian Artuso
© Copyright 2022 Partners in Flight. All Rights Reserved. Designed by My Digital Nature.
Posting....