The Band-tailed Pigeon ressembles the Rock Pigeon (Columba livia), but is native to North America and occupies a more restricted range. It breeds along the Pacific coast from British Columbia to California and in southwestern Interior United States (mostly in Utah, Colorado, Arizona, New Mexico and Texas), down to Mexico, Central America and South America. Its South American breeding range spans from Venezuela to northern Argentina, mostly along the Andes.

The Band-tailed Pigeon can be encountered in a variety of habitats (e.g. urban parks, golf courses, orchards), but it breeds mainly in temperate and conifer coastal forests along the Pacific Coast, and it is found in montane conifer or pines and oaks dominated forests in the Interior. The proximity to food source (i.e. fruits) and to mineral sites are important habitat features.

The wintering habitat is similar to the breeding habitat, but Band-tailed Pigeons will also be encountered in rural and urban areas where it can have access to food (e.g. feeders, grains, fruits).

Reasons for the species’ decline (-57% since 1970) are unclear, but hunting and habitat modification (e.g. deforestation) are suspected.

Forestry management that focus on the preservation or regeneration of mature oak stands, berry-producing shrubs and tall snags for roosting.

Conservation and protection of mineral sites. 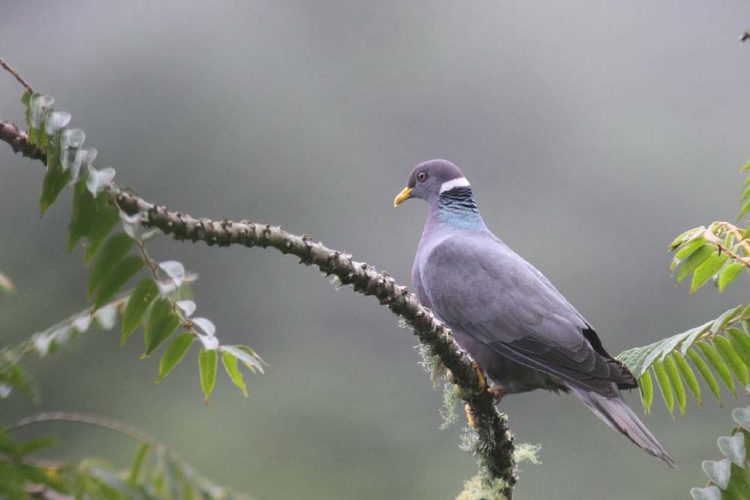 Band-tailed Pigeon is a large pigeon endemic to North America that has declined by 57% since 1970. © Christian Artuso 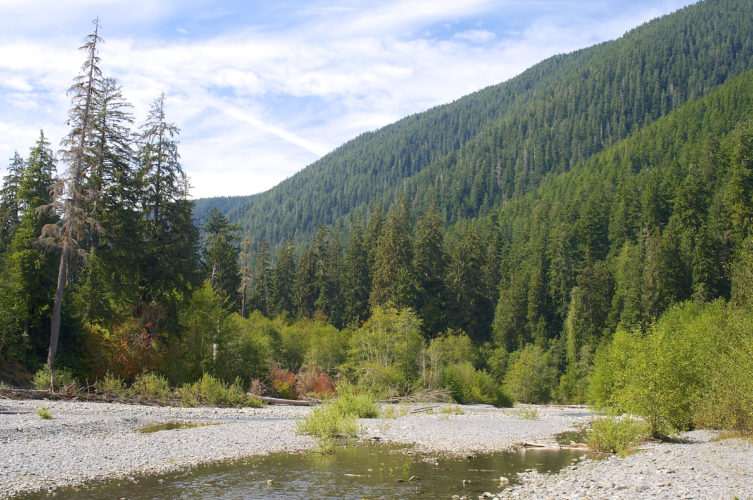 The Band-tailed Pigeon can be encountered in a variety of habitats (e.g. urban parks, golf courses, orchards), but it breeds mainly in temperate and conifer coastal forests along the Pacific Coast. Olympic National Park, Washington, USA. © Zoe Boyer (https://zoeboyerphotography.wixsite.com/zoeleahphotography/about)
© Copyright 2023 Partners in Flight. All Rights Reserved. Designed by My Digital Nature.