The Bicknell’s Thrush is the smallest of the North American Catharus thrushes, and was once believed to be a subspecies of the Grey-cheeked Thrush. As an extreme habitat specialist, the Bicknell’s Thrush has a very limited range, breeding primarily in high elevation stunted montane spruce-fir forests of the northeastern U.S. and southeastern Canada. Direct habitat loss due to forestry and energy and recreational development is a primary threat during the breeding season. The high elevation habitats are further threatened as these small mountain top “islands” may disappear with climage change. Pollution from industrial sources may be creating additional challenges for this species, as acidic precipitation limits calcium availability on the breeding grounds and birds are bioaccumulating high mercury loads.

During the nonbreeding season, the Bicknell’s Thrush defends winter territories in the mid and high elevations broadleaf forests of Cuba, Puerto Rico, Jamaica, Haiti and the Dominican Republic. An estimated 80% of the wintering population occurs in the Dominican Republic and Haiti on the island of Hispaniola, where dwindling forest habitat is a significant threat to the species. Habitat loss in the Greater Antilles is primarily driven by forest clearing for both large-scale agriculture and subsistence farming, as well as logging and charcoal production. 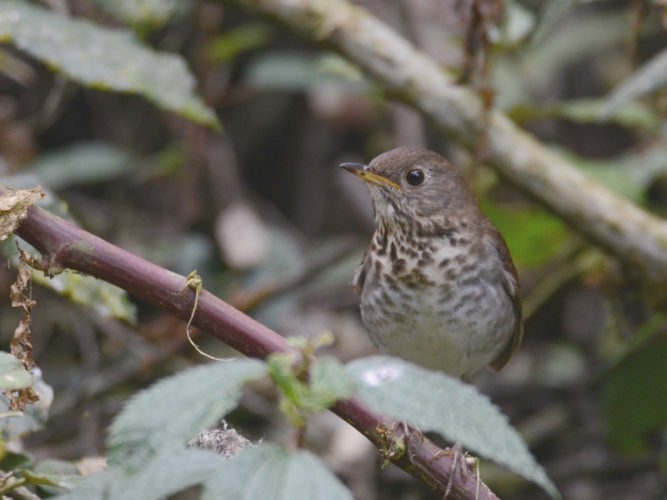 The Bicknell’s Thrush, a Red Watch List species, is the smallest of the North American Catharus thrushes; it is an extreme habitat specialist with a very limited range in both summer and winter. © Alex Van Norman 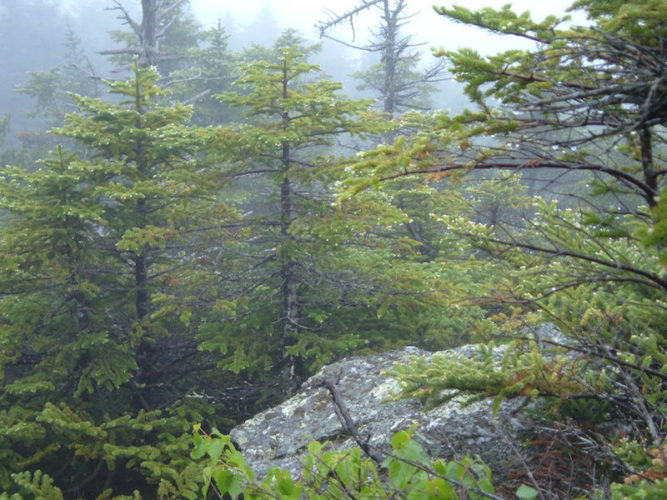 Dwindling broadleaf forest habitat in the Dominican Republic, Haiti, and Cuba is a major threat to Bicknell’s Thrush populations. Vermont Center for Ecostudies works with many partners to identify and protect key winter habitat. © Kent McFarland
© Copyright 2023 Partners in Flight. All Rights Reserved. Designed by My Digital Nature.