The small and newly created family Calcariidae (longspurs, Snow Bunting and McKay’s Bunting) has only six species, four of which nest in the Arctic and subarctic and two which are endemic to the North American Great Plains, i.e. they nest in the northern prairies and overwinter primarily in the Chihuahuan desert grasslands. Both the prairie species, McCown’s Longspur and the Chestnut-collared Longspur, as with so many grassland birds, are declining at alarming rates. The Chestnut-collared Longspur has lost an estimated 85% of its population and a significant portion of its former breeding range since the mid 1960s. The primary cause of this decline is believed to be habitat loss, which has occurred and which continues to occur, on both the breeding grounds and the wintering grounds.

The Chestnut-collared Longspur was uplisted to Endangered in Canada in 2019 (COSEWIC 2019) and is internationally listed as Vulnerable to global extinction (Birdlife International 2020). The plight of this striking and unique grassland bird is intricately linked with the fate of the prairie grasslands of the mid continent. As this species is reliant on relatively short, dry grasslands and because it has evolved with grazing as a dynamic ecosystem process that shapes grassland structure and biodiversity, well-managed cattle and bison grazing is a vitally important conservation tool in our efforts to prevent its extinction.

*** indicates insufficient or unreliable data to calculate a regional long-term change or half-life estimate.
(W) indicates the region supports a significant wintering population of this species.

Support grassland conservation programs such as the Species at Risk Partnership on Agricultural Lands (SARPAL) and land trusts and other NGOs trying to conserve grasslands (through conservation easement, rancher support, purchase, etc.)

As a landowner, inquire about and adopt the management guidelines developed in your region (if such exist; see: http://www.nagrasslands.org/about/)

As a landowner, inquire about assistance to remove encroaching shrubs and aspen that reduce the spatial area of grasslands

COSEWIC 2009. COSEWIC assessment and status report on the Chestnut-collared Longspur.

Agriculture and Agro-Food Canada. 2010. Management of the Canadian Prairie Rangeland 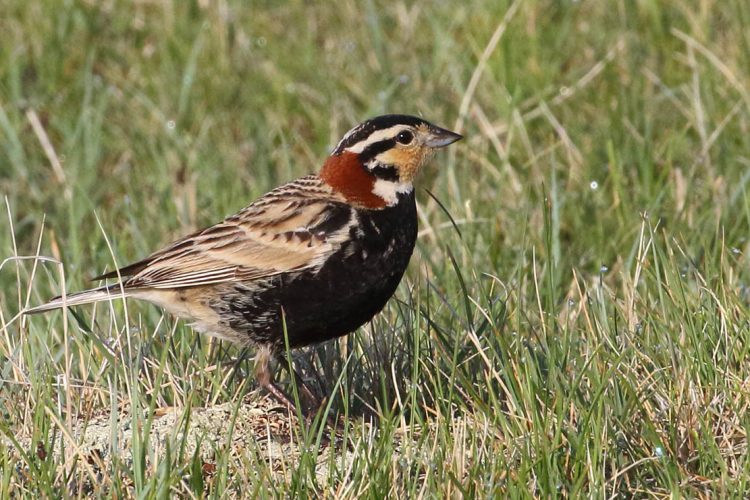 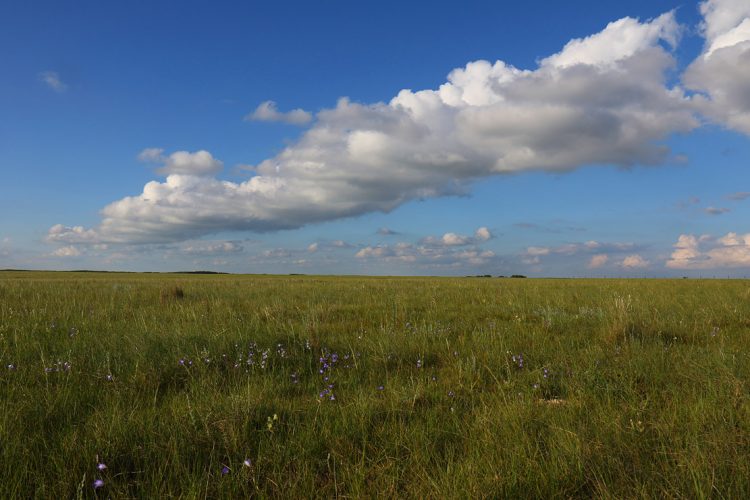 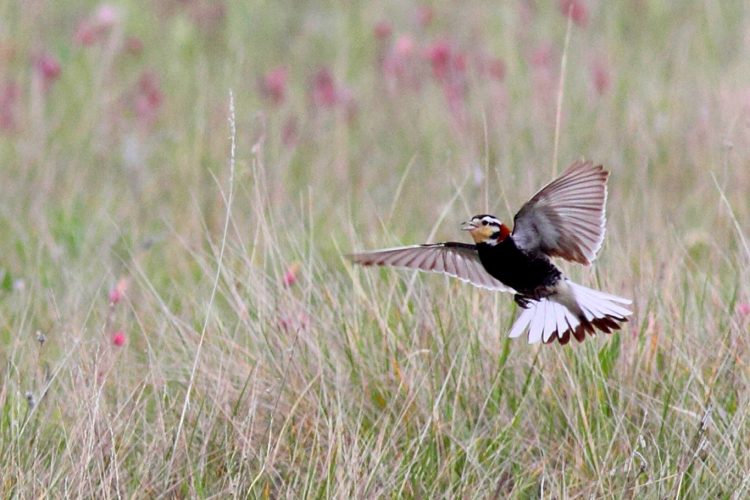 A male Chestnut-collared Longspur flies over a large expanse of mixed-grass prairie in the Ellice-Archie Community Pasture, Manitoba, Canada. The many Three-flowered Avens (Geum triflorum) blooming in the background of this photo are indicative of grazing. © Christian Artuso
© Copyright 2023 Partners in Flight. All Rights Reserved. Designed by My Digital Nature.