Mostly active at dusk and dawn, the Common Nighthawk is an aerial insectivore that can be found in urban and rural areas throughout the United States and Canada (except for southwestern United States and Newfoundland), from the northern limit of the forest, down through central Mexico and as far south as Panama and possibly Colombia.

This species nests on the ground, but also on flat gravel rooftops. The breeding habitat of this species consists of a wide variety of open areas: open forests (including logged and burnt areas), woodland clearings, prairies and plains, beaches, etc. It is considering an opportunistic generalist. The Common Nighthawk is a long distance migrant. Its wintering distribution is poorly documented, but includes the lowlands of Ecuador, Peru, Bolivia, Brazil, Paraguay, Uruguay, Argentina and Chile.

The use of non-selective pesticides is suspected to be the main cause of decline of Common Nighthawk by reducing the abundance of insects they feed on. The adoption of new rooftop construction practices (replacement of gravel by smooth, unicolor rubber materials) may reduce the availability of nesting sites in urban areas and they are also vulnerable to collisions with vehicles while roosting or feeding at low altitude. Overall, this species has declined by 58% since 1970.

Recovery Strategy for the Common Nighthawk (Chordeiles minor) in Canada (2016) 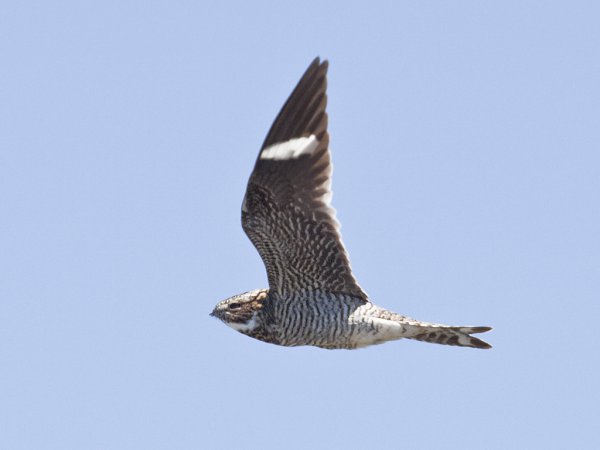 Common Nighthawks are aerial insectivores, which means they catch insects in flight. They are mostly active as dawn and dusk. ©Bill Bouton (http://www.flickr.com/photos/billbouton/4739339970/)

Common Nighthawks nest in open areas such as dunes, beaches, woodland clearings, logged forests and rock outcrops. Here is an example of such habitat in Canada's boreal forest ©Amélie Roberto-Charron 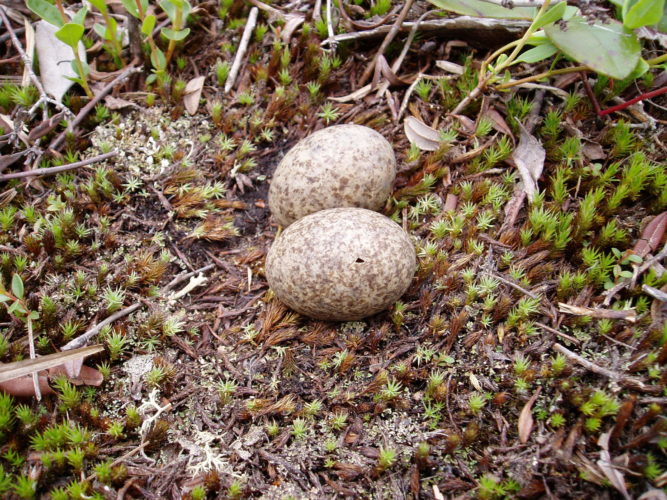