The Greater Sage-Grouse is North America’s largest grouse. This species is highly dependent on sagebrush grasslands throughout its life cycle and is restricted to 16 Midwestern States. A very small population subsists in the extreme south of the Canadian Prairies, but it is close to extinction. The population declined by 67% since 1970 and this rapid decline is the main reason why the species is listed on the Yellow Watch list.

Sagebrush ecosystems are large, relatively dry grasslands characterized by sparse vegetation and sage brush. During the breeding season, males will form leks and display “against” one another in order to attract females. The lekking behavior of the Greater Sage-Grouse is spectacular. Males perform what is called a “Strutting Display” during which they dance and call vigorously.

Because of their high dependence on a certain habitat type, Greater Sage-Grouse are vulnerable to habitat degradation due to agriculture practices, pesticides and disturbance by humans, particularly during lekking and nesting seasons.

Conservation efforts must focus on maintaining natural sagebrush habitat, and working with local communities, such as farmers, to adopt practices that are Sage-Grouse-friendly, limit disturbance,  and reduce exposure to pesticides and contaminants. As Greater Sage-grouse is a game species in some areas, the hunter community also plays an important role in managing and conserving healthy Greater Sage-Grouse populations.

Participate in the Sage Grouse Initiative 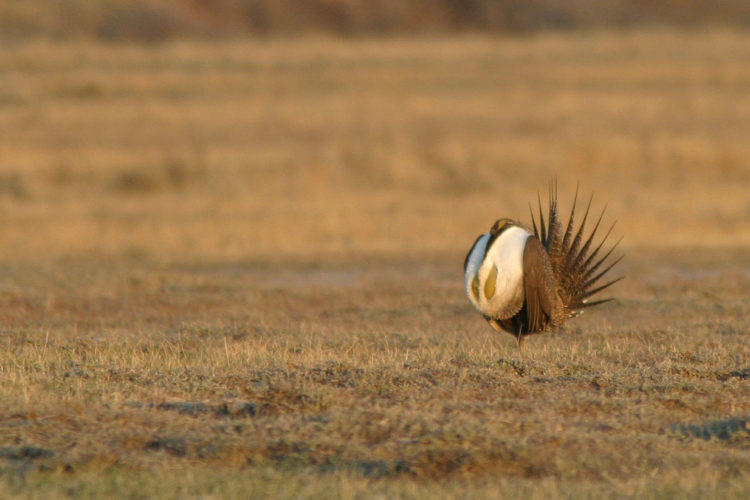 A Greater Sage-Grouse male performing the strutting display, during which it vocalizes loudly by inflating its esophageal pouches ©Christian Artuso 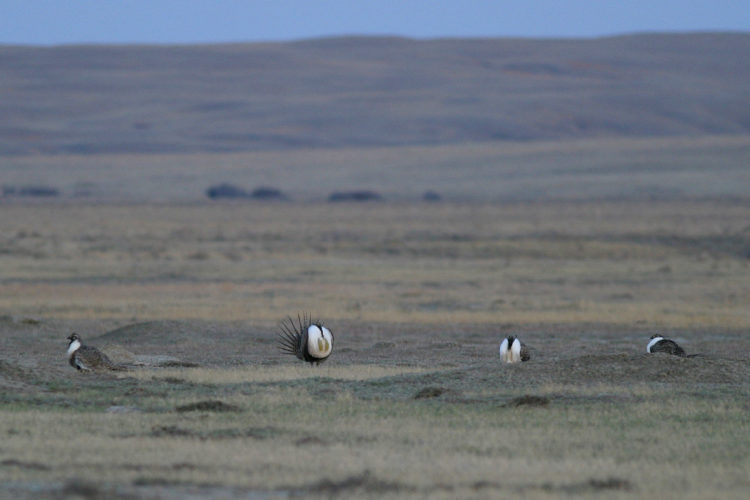 The Greater Sage-Grouse is highly dependant on sagebrush habitat, where males will perform their display in leks (i.e. groups of males) to attract females. They are particularly vulnerable to disturbance during this important phase of their breeding season ©Christian Artuso
© Copyright 2023 Partners in Flight. All Rights Reserved. Designed by My Digital Nature.