Harris’s Sparrow, with its striking black hood and bib remains a relatively understudied summer resident of the Canadian boreal forest and tundra. The breeding range of Harris’s Sparrow is fairly restricted. It is found only within northern-central Canada, in the intermediate zones between the boreal forest and the arctic tundra. There, they nest along forest edges, or among patches of coniferous forest with shrubby understories. The non-breeding range is similarly limited, found mostly in the Central United States. During the winter Harris’s Sparrow can be found along rivers, hedgerows and shrubby ravines. They may also forage for seeds and insects in agricultural fields, pastures and patches of weeds.

Despite being relatively unstudied, there has been an observed strong population decline of 63% since 1970. This has resulted in Harris’s Sparrow being place on the PIF Yellow Watchlist, and listed as “Special Concern” by COSEWIC in Canada in 2017. The main causes cited for this steep decline are the effects that climate change is having on their breeding habitat, and deforestation due to industrial development. Similarly, habitat loss due to agricultural development in their non-breeding range, in addition to the harmful effects of pesticide are thought to contribute to the population decline. However, the extent of the impacts from these threats remains unknown until further research can be conducted. 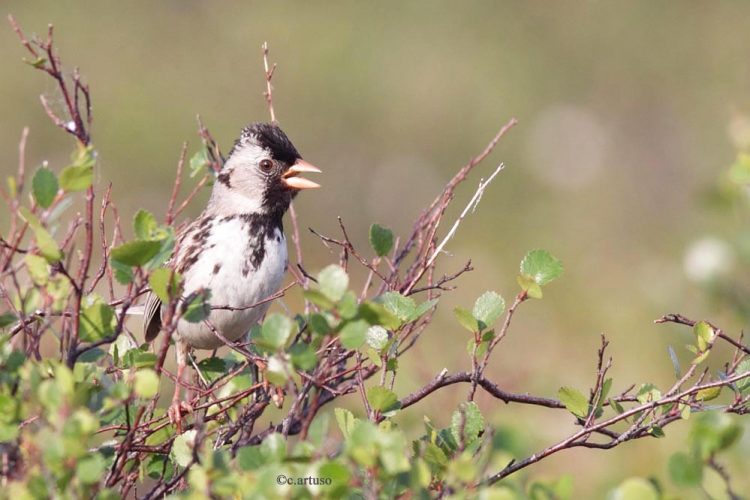 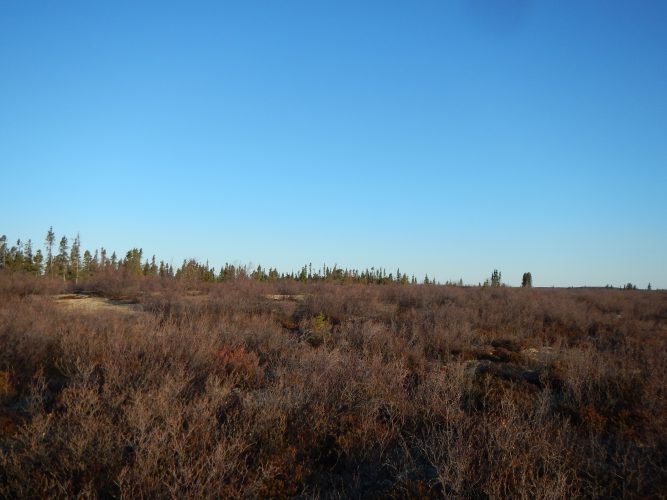 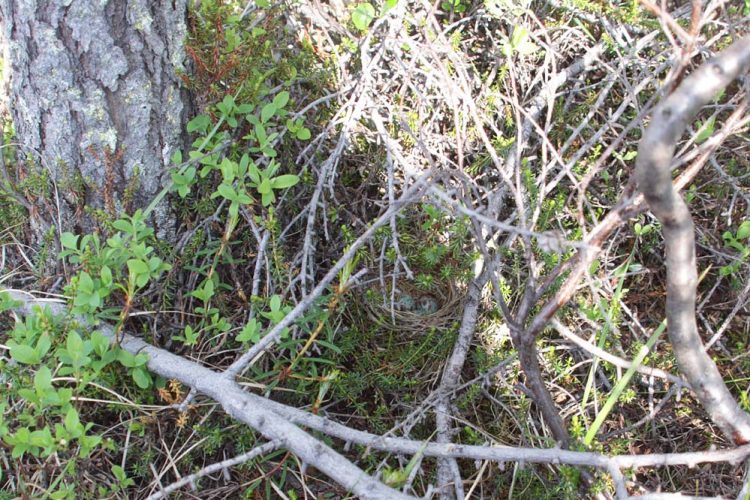