The Olive-sided Flycatcher is best known for its “quick-three-beers” song and its habit of repeatedly darting from a prominent high snag or tall tree to capture flying insects. It breeds at openings or edges of boreal or Western coniferous forests, including in burned and harvested forests where tall snags are retained. While disturbed and harvested landscapes have increased throughout its breeding range, the Olive-sided Flycatcher has continued to decline, suggesting that conditions on the wintering grounds may be driving its negative population trend. Additional research is needed to thoroughly understand the factors affecting this Yellow Watch List species.

This long-distance Nearctic-Neotropical migrant winters primarily at mid-elevations in the Andes and other mountainous areas of South America, but it also occurs in low densities across the Amazonian lowlands, in southeastern Brazil, and in the highlands of Central America and southern Mexico. In winter, Olive-sided Flycatchers can typically be found on the top-most branches of emergent canopy trees, where they utter their characteristic “pip-pip-pip” calls between long flights in pursuit of large aerial insects. 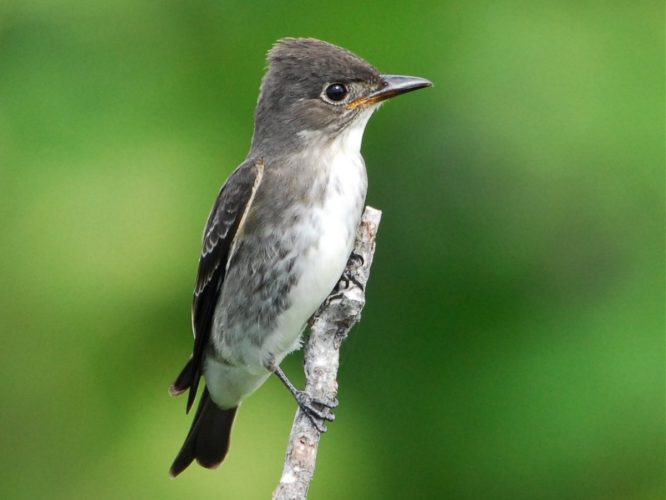 Sallying from the tops of the tallest trees, Olive-sided flycatchers depend on aerial insects year-round—steep declines in this Yellow Watch List species parallel declines in other aerial insectivores such as swifts, swallows, and nightjars. ©Jerry Chen/Macaulay Library, Cornell Lab of Ornithology 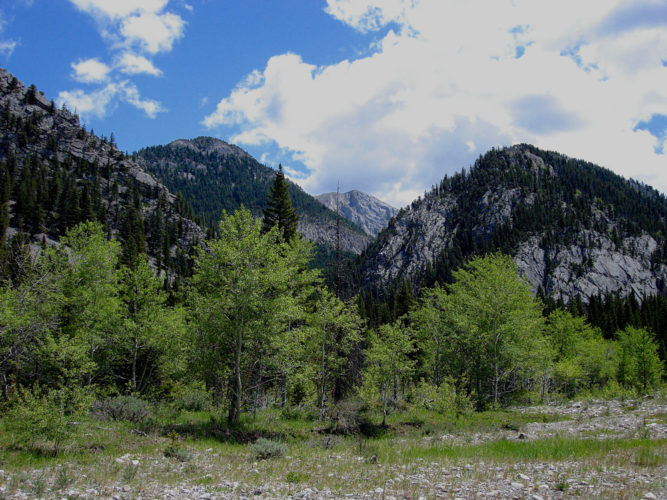 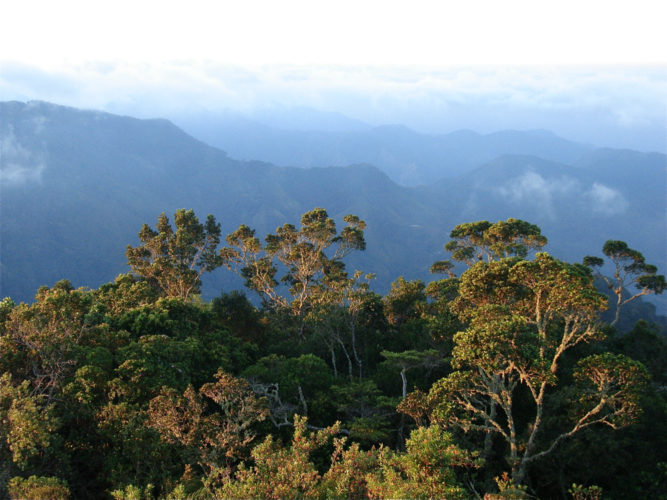 In winter, Olive-sided Flycatchers disperse throughout the eastern Andes, in low numbers elsewhere in South America, and north through the highlands of Central America to Mexico. There, they typically fly-catch from the tops of emergent canopy trees, frequently uttering their far-carrying “pip-pip-pip” calls. Santa Marta Mountains, Colombia. @ Ken Rosenberg
© Copyright 2023 Partners in Flight. All Rights Reserved. Designed by My Digital Nature.