The Short-eared Owl is one of the most widely distributed owl species in the world. However, this species is irregular throughout its range and has declined by 65% since 1970 in North America.

In North America, its breeding range covers most of Canada and the northern United States. Its habitat is large open areas such as marshes, grasslands, savannahs, old pastures, and tundra. It chooses breeding sites based on the abundance of preys, which are small mammals, and lays its eggs on the ground, on dry vegetated ridges or mounds.

The Short-eared Owl is considered as a partial migrant. In the north part of its range, the species is highly migratory. However, it can be present year-round at mid-latitudes. During winter, Short-eared Owls generally move southward. They are considered a regular resident throughout the United States and some individuals will winter the southern Canada. The habitat during migration and while wintering is similar to the one used when breeding, but it can choose smaller open areas if preys are plentiful.

The major threat for this species is habitat loss and fragmentation due to human activities. It is also sensitive to human disturbance at the nest. As a ground nester, the Short-eared Owl is vulnerable to nest predation, which is typically higher in fragmented habitat.

(W) indicates the region supports a significant wintering population of this species.

Schmelzer, I. 2005. A management plan for the Short-eared owl (Asio flammeus flammeus) in Newfoundland and Labrador. Wildlife Division, Department of Environment and Conservation. Corner Brook, NL. 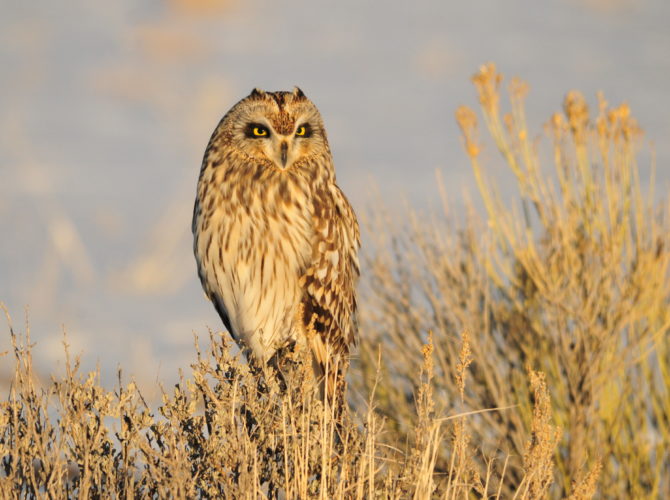 Short-eared Owl are mostly active at dawn and dusk in open and semi-open habitats (e.g. wetlands, tundra, agricultural fields) where they hunt prays, such as small mammals. ©USFWS Mountain-Prairie 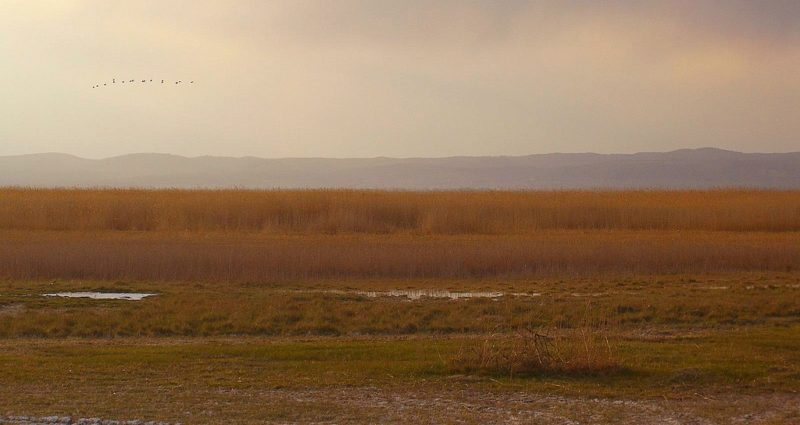 Short-eared Owls nest in open habitat with short vegetation, such as fields, the tundra and near wetlands © Flicker/pixsller
© Copyright 2022 Partners in Flight. All Rights Reserved. Designed by My Digital Nature.
Posting....