Mysterious and enigmatic, a symbol of conservation in North America, albeit controversial (once despised by the logging industry), the Spotted Owl is a denizen of large expanses of forest, especially old growth, and generally intolerant of habitat fragmentation. As a species, it is considered globally Near-threatened with extinction; however, the northern Spotted Owl is arguably more at risk than the other two subspecies, having suffered significant loss of habitat and being outcompeted by its larger and more aggressive sister species, the Barred Owl, that colonised western North America from the east over the course of the 20th Century. The plight of the Spotted Owl is such that last-resort measures including captive breeding and release and lethal control of Barred Owls are being tested and applied in several jurisdictions.

*Applies only to some subspecies; check out profile for more information 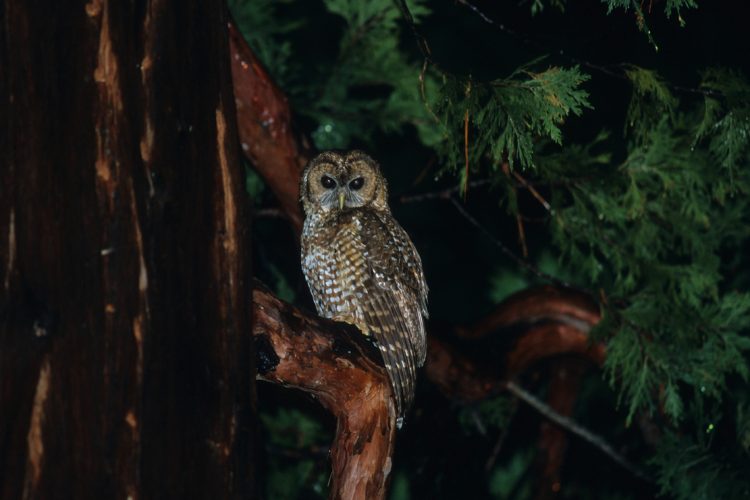