The Wood Thrush has a widespread breeding distribution across the eastern United States and southern Canada, but it has experienced strong population declines throughout much of its range. During the nonbreeding season it is restricted to a much smaller area in shrinking lowland tropical forests of southern Mexico and Central America. It has been on the Partners in Flight Watch List for over a decade and is listed as Threatened in Canada. Its hauntingly beautiful, flute-like song has made it a favorite for birders, and thus a prominent example of declining forest songbirds in North America. The Atlantic Coast and New England, where Wood Thrush are most common, have experienced some of the steepest declines.

Wood Thrush declines are linked to forest loss and fragmentation in both breeding and wintering areas. Reproductive success is impaired in small, isolated forests and fragmented landscapes where rates of nest predation and Brown-headed Cowbird parasitism are higher than in larger, more intact forested landscapes. Declining forest health, due to acid rain, deer over-browsing, and inappropriate forest management are also factors in the deterioration of Wood Thrush populations. Loss of primary forests in the tropics may force birds into secondary habitats where they may have higher winter mortality rates and lowered fitness, which could weaken their ability to migrate and breed successfully.

The hauntingly beautiful, flute-like song of the Wood Thrush has made it a favorite for birders, and thus a prominent example of declining forest songbirds in North America. ©Jeff Moore /Macaulay Library at Cornell Lab of Ornithology ML39695681 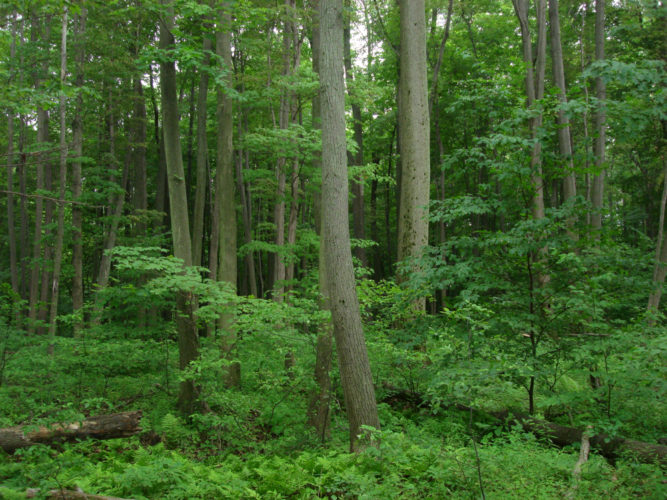 Wood Thrushes breed in a variety of deciduous and mixed forests in the eastern U.S and Canada, favoring structurally diverse forest with a well developed shrubby understory, as is often created by tree-fall gaps or other disturbance. Salmon Creek Bird Sanctuary, New York. @ Ken Rosenberg 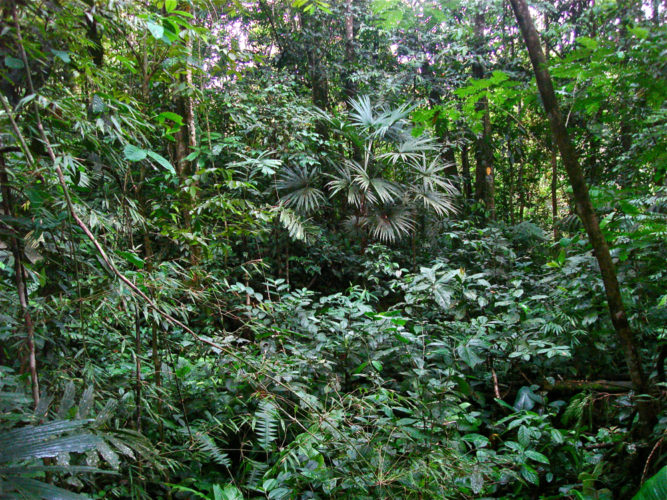