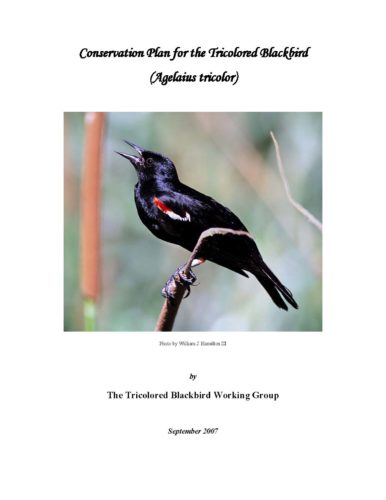 This Conservation Plan was developed to promote and facilitate cooperative efforts to ensure the long-term persistence of the Tricolored Blackbird. This species has suffered an alarming population decline. Loss of native habitats, a habit of nesting in extremely large and dense colonies, and an attraction for nesting in croplands nearing harvest conspired against this species’ survival in California’s fertile valleys. Concern over the future of the species united a diverse coalition of parties, the Tricolored Blackbird Working Group. This Plan is the work of that group and represents their commitment, and the other signatories to this document, to securing the future of this species.