The Lewis’s Woodpecker can be found throughout the western United States, west of the Great Plains, in open forests ranging in altitude from low-elevation riparian areas to higher-elevation burns and pine forests. In Canada it is restricted to the southern interior of British Columbia. Lewis’s Woodpeckers require well-decayed snags for nesting, as they are less well-equipped to excavate cavities compared to other woodpeckers. The declines in the Lewis’s Woodpecker population are consistent with heavy loss of ponderosa pine habitat in Arizona, British Columbia, Oregon and Washington due to fire suppression, intensive grazing, and logging. Lewis’s Woodpeckers require crown-burned ponderosa pine forest for nesting, and changes to the frequency and intensity of fires has degraded existing habitats.

In British Columbia, where the population is federally threatened, the primary threat to breeding is habitat loss due to urban and agricultural development, removal of snags, firewood cutting, and pine beetle outbreaks. In addition, competition for nest sites by European Starlings and changing forest conditions due to forest in-growth have contributed to their decline.

Toweler et al. 2012. A risk-based approach to evaluating wildlife demographics for management in a changing climate: a case study of the Lewis’s Woodpecker.

Altman 2011. Historical and current distribution and populations of bird species in prairie-oak habitats in the Pacific Northwest.

Alman and Stephens 2012. Land managers guide to bird habitat and populations in oak ecosystems of the pacific northwest. 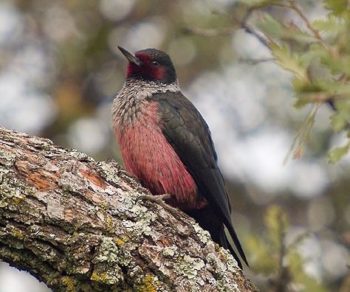 Lewis’s Woodpeckers require well-decayed snags for nesting, as they are less well-equiped to excavate cavities than other woodpeckers. Also unlike most woodpeckers, they often make aerial sallies from the tops of tall snags for flying insects. @ Douglas Herr: Macaulay Library Cornell Lab of Ornithology 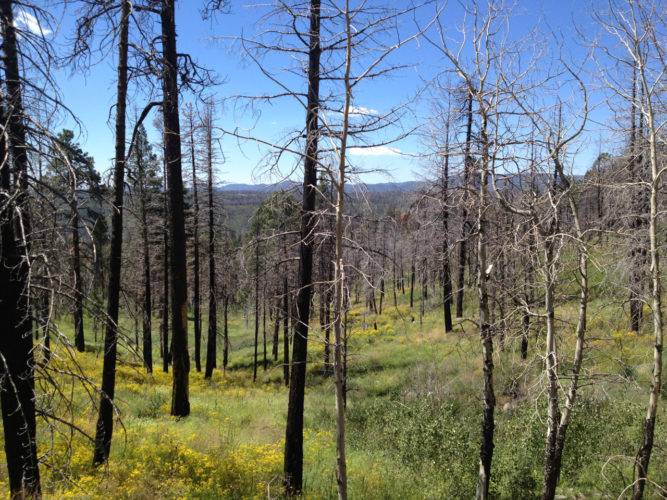 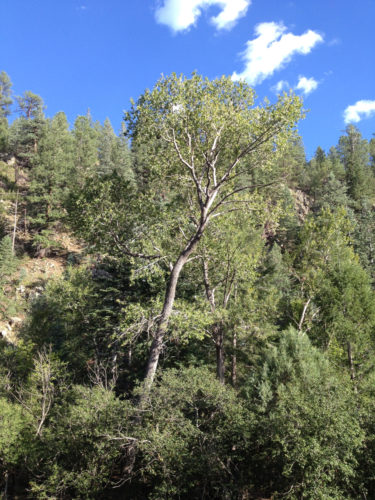 A short-distance migrant, Lewis’s Woodpecker descend to lower elevations in winter, where they feed on stored acorns and other nuts; they are often found in tall riparian cottonwoods, oaks, or even pecan orchards. Upper Pecos River, NM. @ Ken Rosenberg
© Copyright 2022 Partners in Flight. All Rights Reserved. Designed by My Digital Nature.
Posting....