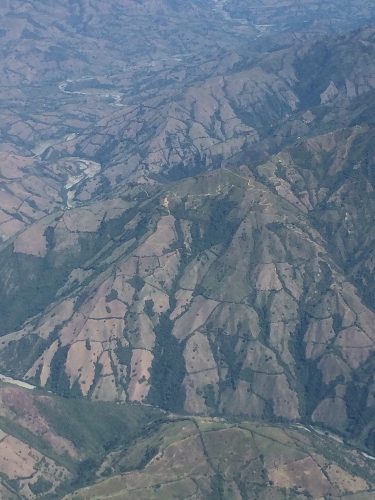 Many species of migratory birds travel thousands of kilometers between their breeding grounds in Canada and the United States and their wintering grounds across Latin America. During these movements they will experience different geographies, land cover types and threats. Among all migrants, those going as far as South America are declining most steeply. For instance, of 24 species that breed either in the Canadian boreal forest or eastern hardwoods and overwinter in South America, 23 are in long-term decline based on the North American Breeding Bird survey with an average decline of about 60% since 1970. While the exact cause of declines for these species is not always clear, considerable evidence suggests that extensive loss of mid-elevation forest in their Andean wintering grounds is a primary contributor.

Addressing drivers of wintering ground habitat loss and enacting recovery efforts first requires that we understand what determines the distribution of migratory species during the winter period. To address this, SELVA in partnership with ECCC initiated a study to understand the distribution of migrants across the complex topography of the Colombian Andes. Over a five-year period, a team of Colombian observers conducted 1,606 point counts across 67 study sites using distance sampling and covering both natural and agricultural habitats. The data have subsequently been analyzed using a hierarchical community model, a novel approach that allowed us to incorporate information across all species, including rarer species that would normally have had insufficient data for inclusion in a study of this nature. 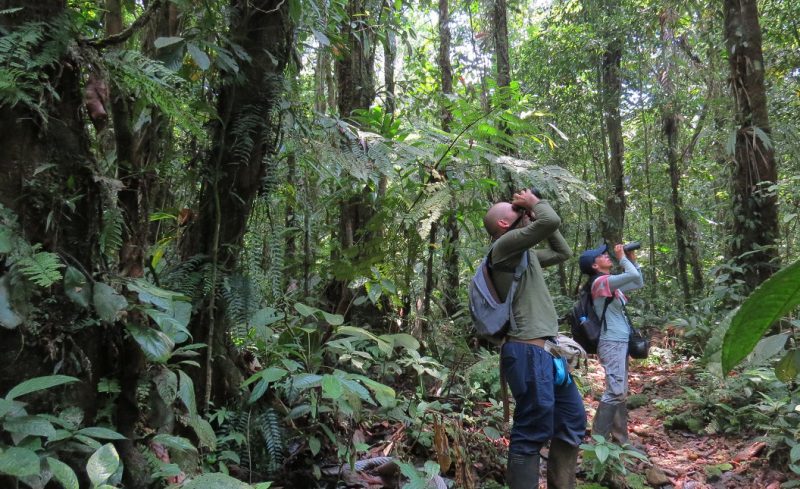 1,824 individuals from 29 species of Neotropical migrants were recorded during the surveys, with the most abundant being Blackburnian Warbler, Swainson’s Thrush, Canada Warbler and Acadian Flycatcher. Analyses highlighted several key results that improve on our understanding of Neotropical migrant distributions in this region. First, the community showed a strong mid-elevation peak in abundance at approximately 1450 m with an estimate of about 1,850 Neotropical migrants per square km at that elevation. Second, there was no clear community preference for specific habitats, rather they aligned along a gradient ranging from species such as Canada Warbler and Swainson’s Thrush, that strongly preferred forested areas (mature forest, secondary forest and shade coffee) to those, such as Mourning Warbler and Yellow Warbler, that preferred more semi-open habitats with agriculture. Some species like Blackburnian Warbler and Summer Tanager were broadly flexible and used a range of natural and agricultural cover types. Third, the community was most abundant overall in shade coffee plantations, perhaps because shade coffee is commonly grown at elevations selected by migrants and offers a heterogeneity with benefits for species that select forest as well as those that prefer more open habitats. This finding highlights the importance of shade coffee for Neotropical migrant conservation, especially in areas where there has been extensive loss of natural forest cover. Finally, climate was relatively uninfluential in predicting distributions of the community although a few species preferred regions with intermediate rainfall. 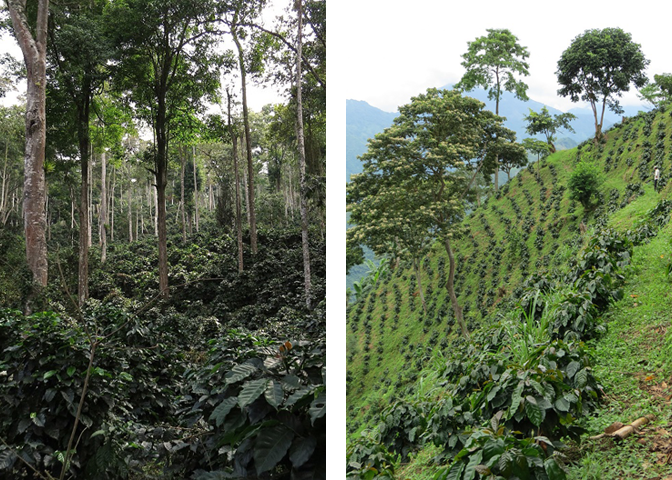 These results are now being used to identify priority areas for Neotropical migrant conservation in the Colombian Andes. SELVA, with technical support from ECCC, recently completed a prioritization exercise for Audubon Colombia in order to identify remnant forests and shade coffee plantations within the countries’ main coffee growing region, using the distribution of priority species (Cerulean Warbler, Golden-winged Warbler and Canada Warbler) and the overall abundance of the migrant community as filters. With support from the Canada Nature Fund, SELVA is also working on identifying priority regions and implementing conservation strategies for Canadian breeding migratory birds throughout the Colombian Andes, with a special focus on the Canada Warbler. A take home message from both of these initiatives is that elevations between 1000 and 2000 m where migrants are most abundant are poorly represented in the National protected area system, highlighting a need for innovative conservation solutions.